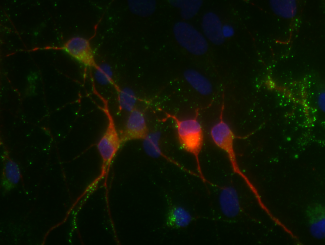 Opsoclonus myoclonus syndrome (OMS) is a complication of cancer resulting in involuntary movements and neurologic damage. Current research suggests that it is caused by an autoimmune response against an existing neuroblastoma. Samples from patients with OMS and NMDA-r encephalitis were probed for two classes of autoantibodies, using immunohistochemistry and fluorescent microscopy to explore the autoantibody classes that may be responsible for synaptic autoimmunity in these diseases. IgAs were found in a significant portion (17%) of samples from patients with NMDA-r encephalitis. Deletion of a portion of the NMDA-r resulted in elimination of IgA binding in a manner similar to that already established for IgGs in this disease. This may help elucidate the role of autoimmunity in neurological diseases and help in the treatment of epilepsy, seizures, and psychosis.